THE FUTURE, THE TWO DIRECTIONS OF SOCIETY. | WOUNDED HUMANITY 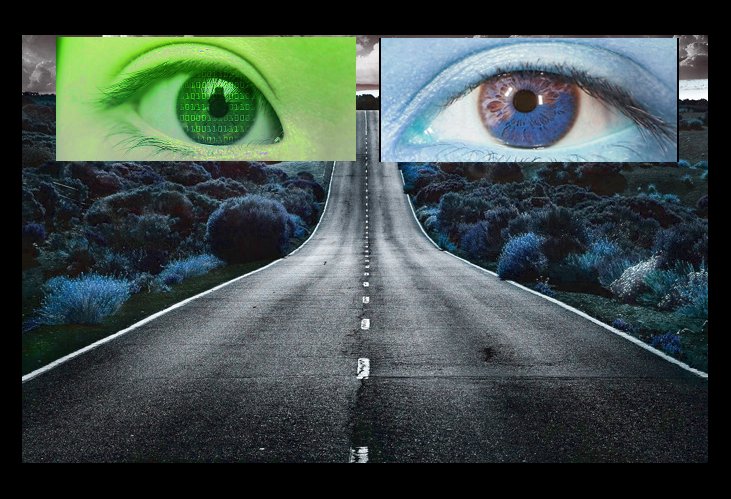 Society is dividing itself into two big lines of evolution. One foreseeable and another one non-foreseeable. Those are machines and human beings.
A machine is that one who does not produce its own energy and therefore needs to acquire everything from the outside. Nowadays, society finds itself in an evolutionary point in which a decision needs to be chosen. Following the easy line of “what it has been already given”, appears as an appealing novelty through the digital world.
But as in everything, for every law there is a loophole. The analogy with our neural network allows us to know how much do we have of a machine and it provides us an entrance into creativeness and communication of the information but in a specific way…”networking”, so we strengthen our evolution in order to realize that everything is accessible.
But, where is the trick? In the fact that the human virtue of freedom gets lost. To take everything from the outside means that you stop producing it from your inside. This is something that has been happening from some time already, and day by day is clearer.

I want to make clear that the mechanism is NOT the originator. It refers to an advance in which when we immerse ourselves, it takes us towards a wider learning. It is a direct connection with the mineral world. The problem is the slavery that becomes from that, moving aside our own abilities and leaving aside our evolution as free beings. The important thing is to use these advances in order to increase or reduce ourselves. If we are slaves of technologies, of medicines, of the ‘truth’ that someone else has created and we do not assume our responsibilities then we are removing our capacity to do it by ourselves. First of all it is a suppression of one’s self and it reveals with the premise of an evident weakness. It is the biggest lie under which we stand and from the evidence of truth I say that those who affirm that statement have not enough knowledge of life and material in order to confirm this statements as a truth.
If you have a deep look, truth has also been put in evidence…so we have to look for it from ourselves, something that must occur in an act of certainty, searched from the own choice of wanting to know it.
When it comes to practice everything is a matter of options… Because of that this society is choosing, but the inertia of not strengthen capacities still prevails among us. But not because it is our choice, and that is the problem. If you want to act as a machine, do it…but freely.
To be free means to know, so we can have an option. And knowing starts in the act of being conscious of one’s self. Giving sense in our own personal history to everything that we do and choose. In this action is when we can see the force of that inertia that is responsible of our decisions. First seeing it and then feel that something is acting by default. When we try to give an explanation to something we are then questioning and this act is important towards the options.
Nowadays there is a free option in our society to realize of this double direction…and the capacity of choosing. Worldwide crisis evidences this issue.
But why do we take part of this decision? The diversity with which the future is laid out, and this is something already developed, needs to be held by a strength that is only found in the wholeness of a being that knows every single aspect of that diversity. Try to imagine, how to hold opposite directions inside of our psyche… An impeccable wholeness is needed, but one belonging to a being with capacity to understand the opposite directions inside of a system, and moreover to construct something with them. This opposite directions are an expression of our nature, and they are revealing because we are more conscious of our environment and ourselves. When you open your senses you discern better… We are producing more consciousness in the things that we do often, and even though there is still some people that is not psychically inside this issue, and therefore they do not have the wish of giving consciousness, the change is revealing in all of us physically. Physical bodies are evolving towards a bigger sensitivity, because this is the result of an interaction between the digital network and our neuronal development. A more complete system for integrating information is needed in order to hold this statement.
The immediate decision when this abilities are not developed is to look for the easiest…and keep on putting patches that will do this functions for us, besides that enslaves us to dependencies. What we need to create to advance towards a free expression, appears as a limit that we need to overcome, in a certain moment in which, if conscious, you can see this decision. Adversity is an opportunity for developing qualities.
The ones that do not hold this opposite principles as Human will behave as machines, losing the conscious function, because this opposite information will be represented like data, like information, without any comprehension of the essence of what is real.
From the machine, the search of consciousness will become a harder act, not only because of the inertia of the behavior, which can be changed in a moment if the needed strength is generated…it is just a direction, neither because of the fact that the capacity of working by one’s self for a long time has been canceled… Adding consciousness to the mineral kingdom is something that comes from the Human, even though it occurs inside a being that has chosen to be a machine, in its origin lies the principle of will to exist. This is just an arrow, which comes along with everything that it includes. The directions of history can often turn around.