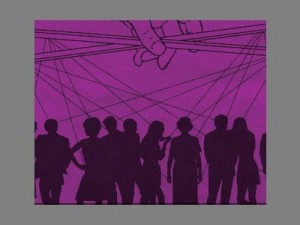 Although it seems a banal problem, the ignorance is the generator of the big problems of the world. Not due to the fact that things are solved knowing the solution, but due to the ignorant, who allows the appearance of the current corruption of the power and after this point, all what is generated.
The current governments are corrupt, it is a fact. The society has not power for itself, it gives the power to who stand to realise the matters of big responsibility.
To take decisions, to generate guidelines, to decide about the truth…In the history there have been wise who have made these matters considering all it is being.
This is not yet the case because the importance is on domain, on maintaining the society in a situation of ignorance… and yes, they know the bases but they do not apply in order to evolve. This attitude feeds the general and comfortable trend of the society not to decide, not to think…  All it is kept with the ease of an emotional life because every day is not so “hard”, searched and encouraged by the society itself.
The fixed knowledge starts from the will of who generates it and the direction of who receives it, that it is not always the most free. Generally, it is not socially recognized that one individual can reach the knowledge by himself. Obviously he reads and he looks for information… but the recognitions are academics, based in fixed studies with regulations, even the way they perform it… Robots? More or less… I do not see any difference. To know how to think is not considered a virtue by who decide.
However, is considered all act of deduction to apply all you have learned in the centers dedicated to this. Who know how to think by himself he does not generate dependence and he cancels the external power, it is something that is not an interest for the external power.
So, while these values are kept, it will not be so much time, all that generates thinkers individuals it is not going to be favored. It will be something that oneself has to search, and that is going to encourage the self-recognition, necessary for the change that requires the current society.
Explained thus, it seems so radical. Apparently, we do not seem robots; we have our own tastes and other things that give us a wealth that pretend freedom.
Where is the chaining? Precisely it is free. It is made by the person itself, choosing “freely” what who generate domain want to chose this person… and they perfectly know that who chose, he thinks that he makes it freely.
Obviously, this lie is not appreciated; it is blocked by the unconscious self-thoughtlessness itself to not know the truth, although it involves the recognition of his own ignorance.
How is it recognized? By the paradoxes of its expression… Apparently there is a big opening to the knowledge… and when the chance to demonstrate it appears, it is rejected.
Knowing has not any conditions because material is “endless” concerning to its expression. All is possible… we make the verification by ourselves, without considering the knowledge acquired from the outside and without being checked by oneself.
As you see, the ignorance is only broken with the own knowledge. The knowledge acquired externally and passively has no utility to raise the society.
Obviously it must be done with one own act. Something is created in the action. A society of individuals which know how to think is created thinking, no created with what is already thought… Thinking. From this point, the rest is pure chemistry. A society of individuals do not choose a corrupt government… they do not need it for their development.
Society is regenerated with generational cycles…  The individuals are increasing more and more, and who work with the old values, they are going to disappear.
In the near future we will have other conflicts but not this one.