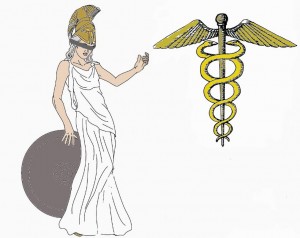 Although news show us advance, it is not like that. The direction is wrong and an advance is more mess.
Discoveries realized in life’s sector are based in discovering elements that compose all its complexity and functionalities.
From here, is tried to correct or to compensate, but in any moment is tried to understand why is in this way. Nature is enough sap and it has its own reasons, above all, when the totality of its expression is not known yet.
If the action’s focus would be neutral, assuming fact’s lack, we would advance, because we would assume with respect what we have got ahead.
But the action is based in ideas which are against of life’s continuity. The result is a waste, a “patch” after other one, generating more diseases and more difficulty on its recuperation.
But the mistake is more than heavy… It is situated on basic level of its manifestation. It cannot be thought towards the reason why, if there’s no belief of it can exist a reason.
There is not belief in life, we can think it is because is not totally known, and to attribute the act of believe to a business’s faith. But it is not like this… It is a certainty’s business.
And what is the difference? I tell you the same way as I wrote in the book concerning this topic and I am still writing.
“Faith is confidence, belief. It is not necessary that it is based, it is not its condition. The feeling of faith allows a hop on the expression of the connection with an information. In what we have faith, is something that it is like in other world, outside of the truth. The way to connect is through a “hop” in the systems of connection of ideas. This allows development of other things. The faith, combined with a feeling of constant check, it stretches the aptitude of achieving information, connects two worlds without sequence. This added business is a first point of certainty. And what is this? Is the based faith. The wisdom of the own recognized  beginning.”
Faith is belief without need of foundation. Certainty is whole knowledge, is what is known. Life is known by oneself, although it is not known cognitively. It is a fact integrated from our biological base. We can see the perfection with which life is based, the whole complete not exclude the option of keep being, just the contrary, it is a maximum priority.
So, are there lacks of motives? Or are we in front of diverted interest?  Fed by voluntary delivery of power and not to the medicines, but to the rebelliousness to the individuality.
Are there lacks of motives for starting continuity of aware existence?  Life shows other existence’s forms… and it checks everything, its bases and of course, its wishes of being.
This event shows conflict towards individuality, which begins in the recognition of the first identity, the biological one. Our strength is repressed… by oneself, and only can be recuperated from the own wishes for do it. The entrance towards own certainty is coherence of millions of years of history and life.
The medicine based on dependence is a hole where you lose time-energy, used to compensate constantly mistakes of incorrect therapy. Now it is not necessary. If troubles are seek, we look for it on the challenge of understand.