THE CHANGE IN EDUCATION, FROM THE COLLECTIVE TO THE INDIVIDUAL | WOUNDED HUMANITY 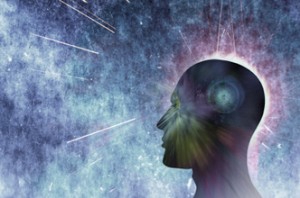 If the education has to be done concerning a group, what is have to be taught is what concern to the group… not to the individual aspect. This is the mistake nowadays… because the education is an action concerning a group, what is a little part of it. We have to spend the most of the time discovering individually. So, if we stop to work as a collective, the focus has to change, or comes in to what is now, a failure after another.
The success or the failure is not valued with marks or with raising a degree, but with our action in the world and how ready we are to solve conflicts.
Let’s look the society, where we are… What is lacked to us is a result of an insufficient education because it has not to be given by education. The education is removing time to an aspect of the being which the society has to consider.
A child is born and he founds with an imposed system and with parents focusing from the collective, from “what exists and what everybody do”, without thinking nothing else. Myths keep appearing without thinking, the child who does not like studying and parents do not know what to do with him…
And parents force you to do something you do not understand why you have to do this. You do it simply to get prizes or not to get punishments… A child is in an imposed system, and if he has enough consciousness to value what is not appropriate for him, he will be creating his world in silence. There are a few who do this voluntarily and consciously…
The general aspects of the education are subject to evolutionary values, they are determinate by the times they are showed. In any case, they have to be focused to the self-knowledge, making clear this sense on whole education because this is the first locative aspect.
The individual part is expressed on some points of strengthening in a teaching, of course, but basically, the focus is emotive. This is the personal treatment which some teachers offer in some schools.
The personal learning starts from the own individual… it is not learning any more.
One school is focused on the group, so this aspect is not made here. It is a own learning, in any material. It is not the “what” but the “how”, the individual action generates the own development and has to be done by oneself, in his intention to exchange information with the environment.
So, the first phase is to remove “that is has to be done thus”. Regulations exist to educate the animal collective to work in various ways to work when one cannot deduce by oneself, or see its coherence when the regulations are explained. An individual do not need regulations, he knows the laws of the material and acts orderly willingly, not because he is taught to do it but because he expresses “default”. Everybody is material… with its laws. There are who is more conscious, others are not so. This is the key.
A Human Being does not learn the information of the material… he knows it exactly, just the way it is.
We are talking about human being… individuals… The individuality is something that is made “individualizing”, it means, on the own interaction.
So, an action that does not fit with the cognitive needs of the moment, it is losing time-energy.
This exhaust… generates experiences outside the interactive order of our particular need of understanding… these experiences are go to become into an acts of habit that diminish the abilities of the society.
So, the focus of the education as individuals is not valued because the being as individual is not considered yet. Crisis show us that something is not working but, socially, continues the tendency of founding a guilty…
The individual starts from the responsibility of his acts, the protagonism of his own life. When this is considered… this change, which already exists on youngest generations generally, and in some previous generations, which have been forward in time, it will be known and will propitiate his manifestation.
We are living with two very different generations… Who decide do it from their points of view, which must to be changed. Because of this, the crisis only affects this group.